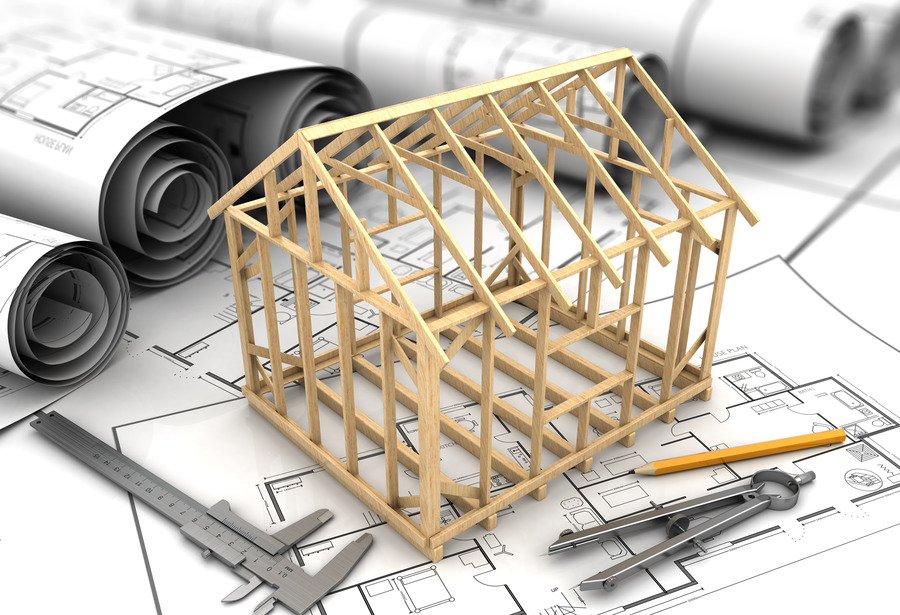 One of our long-term partners, a large-scale manufacturer of timber frame houses, required a several dust extraction systems to cater for one of their new manufacturing facilities. The new plant would be required to produce several aspects needed in the construction of timber houses, such as the cutting of raw timber to the cutting of sheet timber and plasterboard.

Working with the clients, we aimed to design an effective way of capturing the different dusts created during the production process in the most ergonomic and effective way, to allow for efficient work flow, while actively reducing energy consumption and helping to ensure better air quality for those working in the factory. Using one of the many high-quality extraction systems offered by Aairex. We were able to develop a solution to satisfy all these needs. 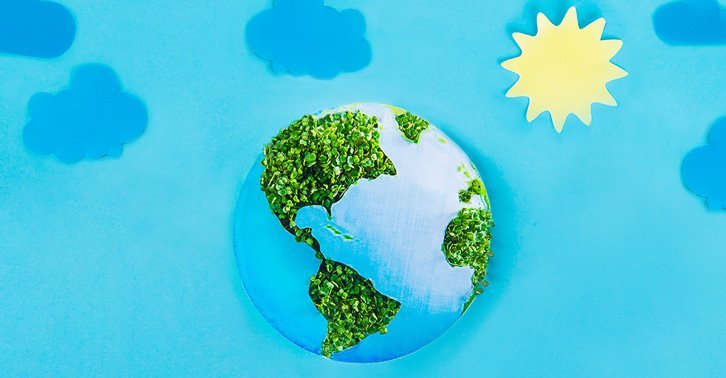 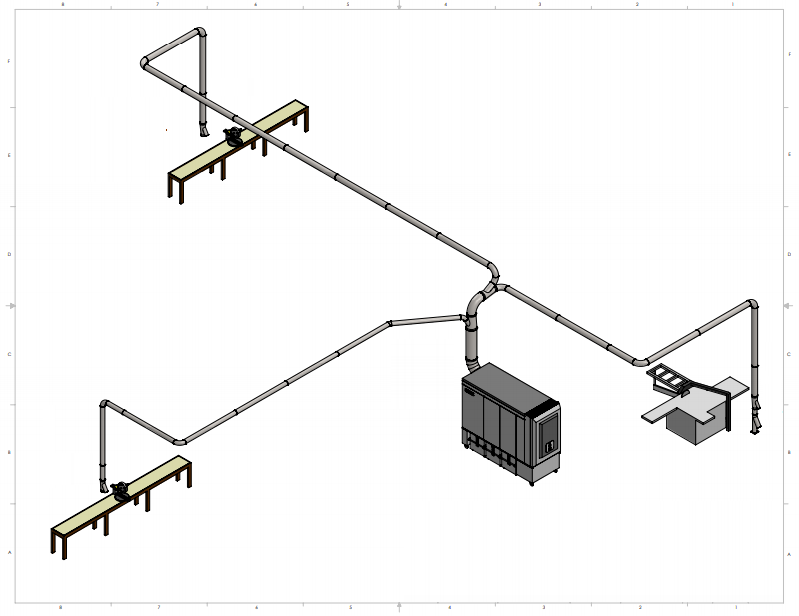 As a result of there being several different processes being carried out. One single centralised system was not possible.

Engaging with our clients’ process management team. We talked through the way in which each process within a section would be carried out. From this, it became apparent to all that not every machine would be running simultaneously. This meant a single centralised system per section would not have been energy efficient.

This allowed us to further divide each section within the new factory into different process cells, in which each machine would be used in tandem. Each cell would be tasked with carrying out a specific task in the production chain.

By doing this, we were able to have the specific machine groupings running on one extraction unit per cell. This meant that the systems would only be operational when machines are in use, thus reducing energy consumption caused by fans running while idle. In total 7 cells where created, each with it’s on extraction system being used to extract from a large variety of machines such as a Hundegger Turbo II to Robland Panel Saws. 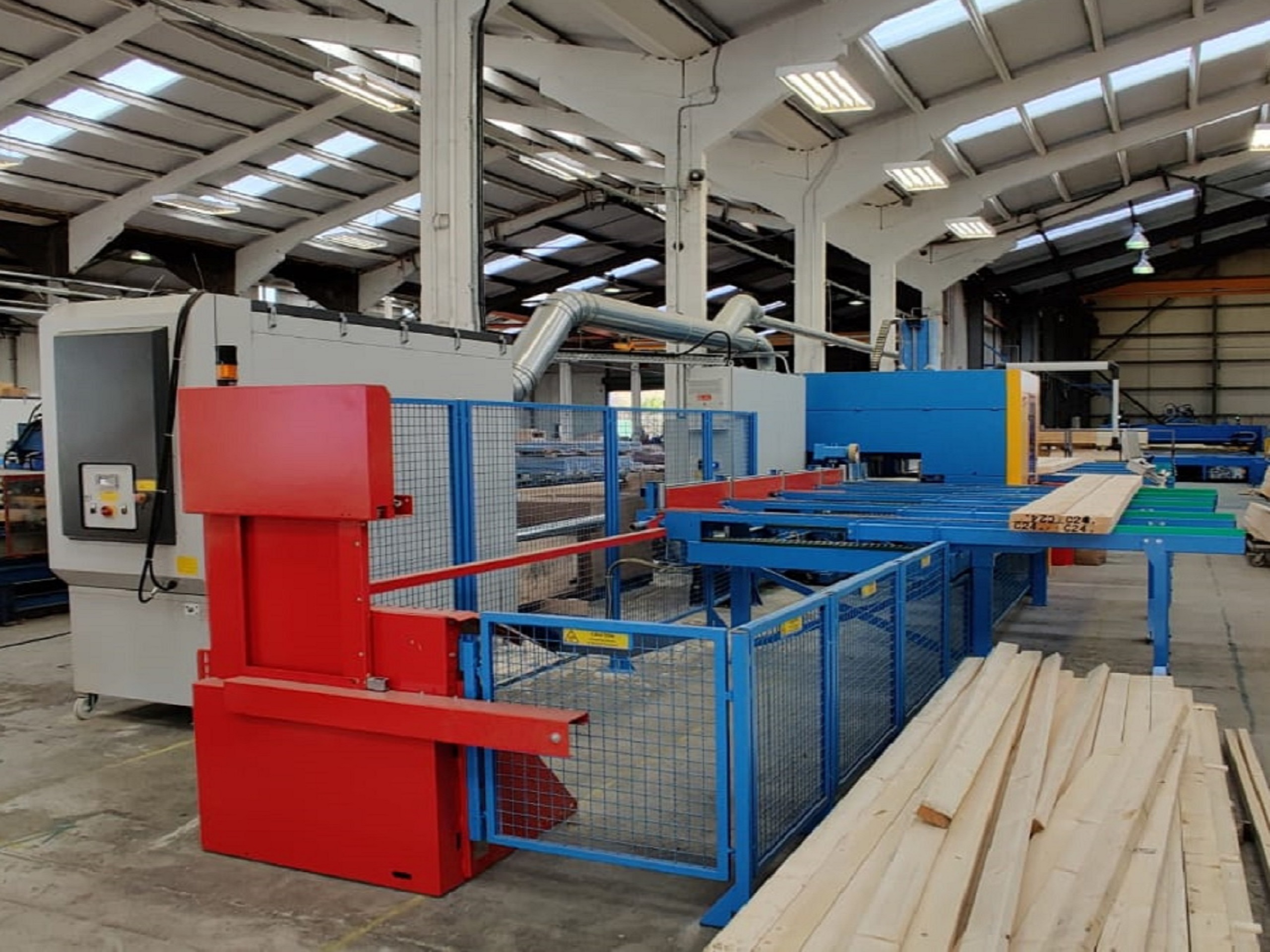 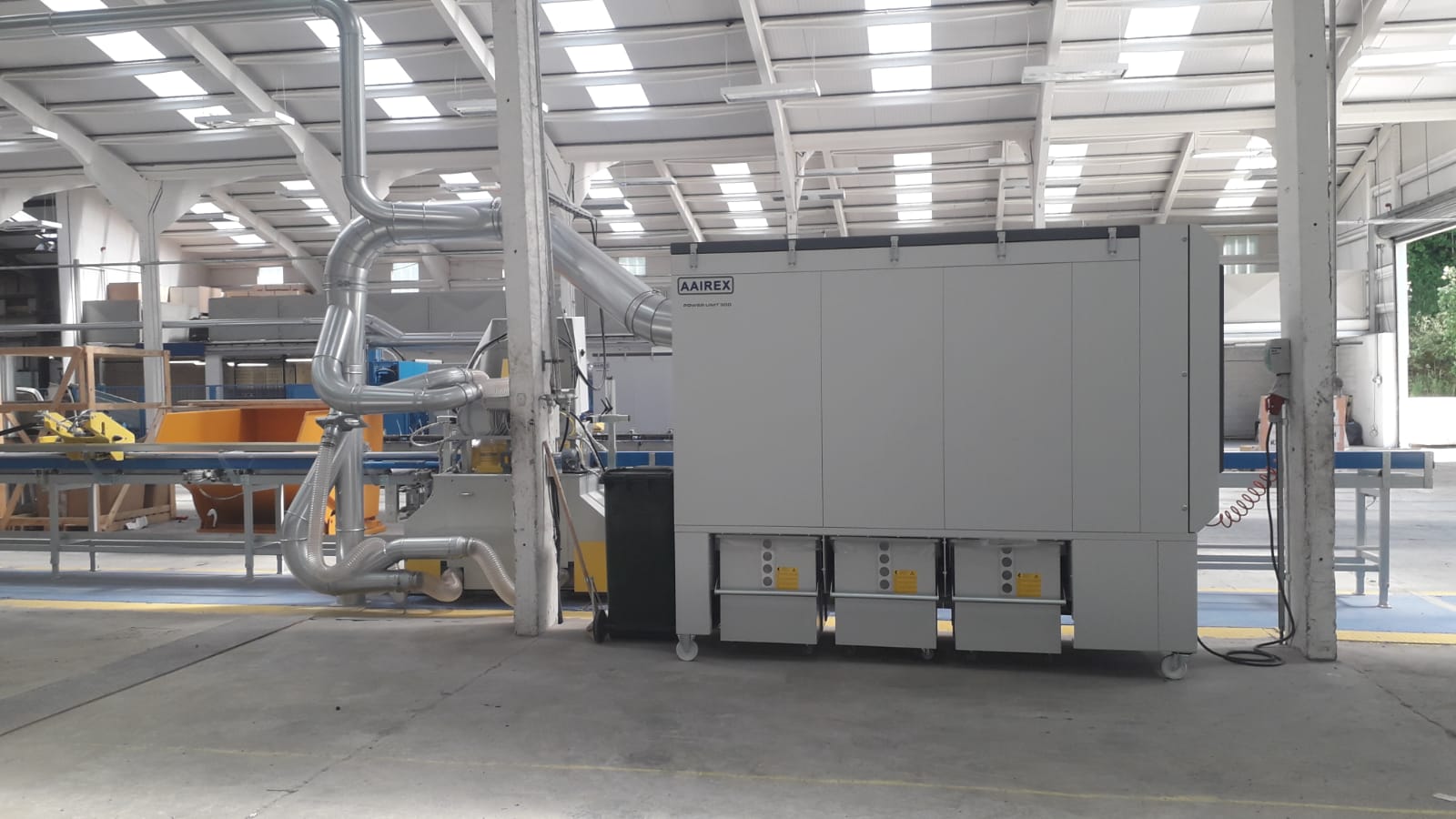 Each unit comes with its own automatic jet pulse cleaning system, fire detection and suppression systems. The These systems offer minimal fuss while still allowing for optimum extraction, a positive workplace and societal environmental impact.